Airlines UK has published a new report on the impact of Air Passenger Duty (APD).  The research which was carried out by the  independent consultancy Frontier Economics has a number of key findings: 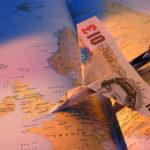 NEW REPORT PUBLISHED ON THE IMPACT OF AIR PASSENGER DUTY