The All Party Parliamentary Group for Hospitality has published their report on tourism tax following a roundtable with industry representatives in March.

The introduction of a tourist tax or transitional visitor levy has been heavily debated in recent months, with proponents arguing that tourists, rather than residents alone, should contribute to the maintenance of the facilities they use and the areas they visit. Local services across the UK are under budgetary pressures and local councils are seeking new revenue streams, with the Local Government Association recommending that councils should have the option to introduce a tourist tax in consultation with their communities and businesses.

Bath, Liverpool, and Cumbria councils have already expressed an interest in introducing a tourist tax, while in Edinburgh the local council voted to introduce a tourist tax in February this year although the primary legislation would need to come from Holyrood. The report notes that surveys of visitors and businesses in Edinburgh have suggested a favourable response to a tourist tax.

There are concerns from the industry however, in particular the hotel sector, on the impact a tourist tax will have on businesses. The UK already has the second highest taxed hotel sector in the EU, with VAT at 20% compared to 10% in Italy and France, 7% in Germany, and 6% in Belgium and the Netherlands. On top of VAT, excise duties and business rates, UK businesses also pay one of the highest property tax rates in the world – in these circumstances it is unlikely that a tourist tax will receive much industry support.

The additional cost would inevitably be passed to consumers through higher hotel rooms rates, which could disincentive overnight stays (of which 100 million are made in the UK each year) and lead to a significant fall in consumer spend within cities.

After considering evidence from the industry on both sides of the debate, the APPG for Hospitality has made the following recommendations: 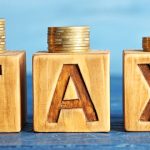