UKinbound’s latest Business Barometer, conducted in collaboration with Qa Research, looks at members’ feedback regarding business performance in May and June 2018.

72% stated that bookings/visitor numbers/customer orders were the same or higher compared to the same period last year. For those that were higher, bookings had increased by an average of 27%. In addition, 82% had seen yield stay roughly the same or increase compared to 2017 figures.

Business confidence regarding the coming 12 months remained low at 47%, slightly up on March/April figures. However, confidence has been in steady decline since September/October 2017, when it stood at 60%.

Chief Executive Deirdre Wells said, “It’s unfortunately but not surprising that confidence in our industry remains low. The implications of Brexit and resulting uncertainty continues to cause challenges for our members.

“It is positive however to see that yield, alongside bookings/visitor numbers/customer orders, is holding and growing, but the industry needs answers from Government about the UK’s relationship with the EU post-Brexit in order to safeguard the long-term growth and success of the UK’s inbound tourism industry.”

The report can be downloaded at the link below. 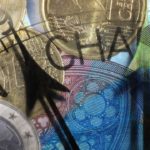