A new Oxford Economics report has revealed that 5.5 million international visitors arrived in the UK via Gatwick Airport in 2017, spending 40.3 million nights, contributing £4.7 billion to GDP and supporting 93,000 jobs.

In addition, £1.2 billion was added to the UK Exchequer – enough to cover the salaries of 46,000 nurses or 36,000 teachers – through taxes on transactions, wages and profits generated by businesses serving these overseas visitors.

The report was commissioned by the Gatwick Growth Board, formed in 2016 to examine the wider economic and social impacts of Gatwick Airport’s future growth and expansion plans on the local area, the South East region, and on the UK economy as a whole.

The report shows that the UK economy receives a £200 million boost to GDP and 4,000 additional jobs every time 100,000 more passengers from Asia arrive at Gatwick, highlighting the importance of the airport’s recent new routes to Hong Kong, Chongqing, Tianjin and Taipei, with other new routes to Asia expected soon.

Passengers visiting from Asia are shown to spend an average £1185 per visit (compared to the overall average spend of £705), with those arriving from the USA, Australia, and the ‘Rest of Americas’ also spending considerably more than average.

Analysis showed that just over half of overseas visitors’ overnight stays were in London, a quarter were across the South East region, with the rest spread across the rest of the UK, boosting spending through air fares, taxis, rail tickets, hotel stays, restaurant meals, retail purchases ,and visits to leisure and cultural attractions.

Overseas visitors however are only part of Gatwick’s visitor economy as 1.6 million visitors arrived from other parts of the UK last year, spending 5.2 million nights and contributing £588 to GDP and 12,700 jobs. These visitors were primarily from Scotland and Northern Ireland.

Steve Norris, Gatwick Growth Board Co-Chair, said, “As a vital piece of UK infrastructure, Gatwick provides a significant contribution to local, regional and national economies, and this report shows that this still has room to grow – both in terms of the number of inbound passengers and the value of each visit.

“As Gatwick continues to grow, it is our job as the Growth Board to ensure the benefits it brings to the economy are felt, not just nationally, but also by the airport’s regional and local neighbours, and these roundtables have provided plenty of positive ideas as to how.”

Baroness Tessa Jowell, Gatwick Growth Board Co-Chair, said, “This report shows just how valuable long-haul visitors arriving through Gatwick are to the UK. The airport already offers over 60 long haul routes but securing more to North and South America, and to Asia, will bring even more high value visitors into the UK economy. Growing connections to these markets should be an integral part of Gatwick’s future strategy.”

Steve Ridgway, Chair of VisitBritain, said, “Gatwick is an important gateway to the UK and plays a vital role in the country’s thriving visitor economy. Inbound tourism will continue to be a vital component of the UK economy after we’ve left the European Union and VisitBritain welcomes the Gatwick Growth Board’s efforts to secure and grow the airport’s future contribution.” 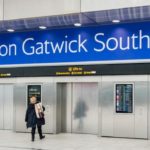