The Government has published its Brexit White Paper, which sets out its proposals for the future relationship between the UK and the EU.

According to the Secretary of State for Exiting the European Union, The Rt Hon Dominic Raab MP, the proposals would take the UK out of the Single Market and Customs Union (thereby ending free movement) while maintaining frictionless trade as far as is possible in goods between the UK and the EU.

UKinbound were pleased that the proposals made several specific references to tourism and recognised the importance of the tourism industry to the UK economy. However, more clarity and detail is needed on a number of issues including air and road transport arrangements, and arrangements for EU citizens to work in the UK after 2020.

The Paper recognised the economic contribution of inbound tourism to the UK from the EU, citing that over 20 million non-business related visits were made to the UK from the EU in the year ending September 2017, spending £7.8 billion. The Government has proposed reciprocal visa-free travel arrangements to enable UK and EU citizens to continue to travel freely for tourism. The Government also wants UK and EU nationals to continue to be able to use the European Health Insurance Card to receive healthcare on holiday, should they need it.

The White Paper recommends that the UK’s future economic partnership should provide reciprocal arrangements, consistent with the ending of free movement, that would:

The White Paper recommends that the UK and the EU should continue to give young people and students opportunities to benefit from each other’s world-leading universities, including cultural exchanges such as Erasmus+. The Government has proposed a UK-EU mobility scheme, modelled on similar existing schemes with Australia and Canada, to allow young people to enjoy the social, cultural and educational benefits of living in each other’s countries.

It is suggested the UK and EU agree reciprocal arrangements, such as the Registered Traveller Scheme already in place with countries such as the USA and Japan, to ensure smooth passage for citizens between the UK and the EU. The White Paper states that tourists and business visitors should not routinely have to face questions about the purpose of their visit, and that the UK wants to minimise administrative burdens for those seeking permission to travel, enter or reside in each other’s territories, including short, simple and user-friendly application processes.

The Government has stated that the UK will explore options for maintaining reciprocal liberalised access through an Air Transport Agreement that would permit UK and EU carriers to operate air services to, from and within the territories of the UK and the EU on an equal basis. This would be supported through an approach to ownership and control that avoids introducing additional barriers to businesses. The White Paper cites the EU-Canada Air Services Agreement as precedent for this type of agreement.

The Government wants to explore options for reciprocal access for road hauliers and passenger transport operators, and arrangements for private motoring. The UK is taking legislation through Parliament to ensure that a permitting system can operate if required.

The Government proposed the establishment of a system that is broad in scope and covers the same range of professions as the Mutual Recognition of Qualifications Directive. This would include those operating on a permanent or temporary basis across borders.

UKinbound will continue to make the case that it is vital that our future relationship with the EU protects the tourism industry in the UK. 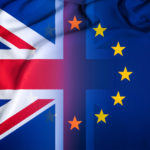 Brexit White Paper: The future relationship between the UK and the EU