The Migration Advisory Committee has published its final report on EEA migration to the UK.

Following a Call for Evidence and an interim report in March 2018, this final report focuses on assessing the impact of EEA migration on a wide range of areas. These include the labour market, productivity, innovation and training, prices, public finances, public services, and communities.

The paper does not offer a view on what the UK’s post-immigration system should be in the context of the Brexit negotiations, and as such offers recommendations on the basis of a ‘no-deal’ scenario.

To facilitate this, the report recommends making some changes to the existing Tier 2 (general) scheme including lifting the cap as this creates uncertainty among employers, and extending the scheme to middle-skilled jobs to avoid detrimental skills shortages. However the salary cap of £30,000 should be retained.

MAC do not recommend any changes for lower-skilled jobs and have not recommended an explicit entry route for ‘low-skilled’ workers. However, they have suggested extending the Youth Mobility Scheme to EU nationals which could provide a mechanism for tourism businesses to hire young workers from the EU in future.

UKinbound Chairman Mark McVay commented, “UKinbound welcomes the Migration Advisory Committee recommendation that there should be fewer restrictions for higher skilled migrant workers. However, the UK tourism industry, which last year generated £24.5 billion from international visitors, is heavily reliant on migrant workers which the MAC would deem ‘low-skilled’. The skills that our industry needs most are great interpersonal, communication and language skills. Since the Brexit referendum, many of our members have struggled to recruit workers with the right skill set in the UK and further restrictions could damage the industry.”

Other key findings and recommendations from the report include: 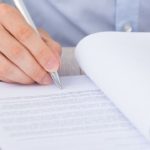