The Tourism All Party Parliamentary Group (APPG) has released its final report on the impact of the sharing economy on the UK tourism industry.

The report recognises that sharing economy accommodation businesses can enhance tourism industry growth by providing increased capacity, enhancing customer choice, and providing visitors with the opportunity for new experiences during their stay.

However, it also highlights the need to protect customer safety, maintain a level regulatory playing field across the tourism industry, take into account the needs of local communities, and ensure that all operators of tourism accommodation are paying the appropriate level of tax.

The report finds that sharing economy platforms continue to be poor at ensuring properties listed on their sites comply with regulations, especially in relation to mandatory fire and health and safety requirements. The report also concludes that, while sharing economy websites began with homeowners making additional income from renting out a spare room, there is significant evidence that people are using these platforms to run tourism accommodation businesses. For example, in London, the owner is not present at around 50% of the 64,000 properties listed on Airbnb, while over 40% of properties are listed by someone who is listing multiple properties.

To address these issues, the Tourism APPG have put forward a number of key recommendations:

Gordon Marsden MP, Chair of the APPG said, “The report is based on the oral evidence sessions that Parliamentarians undertook and the written submissions from all sides of this debate which came into the APPG over several months after our call for evidence, and the conclusions we derived from it form our final recommendations today, following the interim report we produced in March.

“We believe the rapidly expanding configuration of sharing economy platforms and variety of choice for visitors and tourism across the UK, in addition to the existing network of large and small hotels, B&Bs and holiday flats raises urgent issues as to how some of the unintended consequences for those affected should be addressed.

“There are essentially four groups of interest to be considered in any such assessment – the users of such sharing economy accommodation, the hosts providing that accommodation via its platforms, the platform holders themselves, and last but not least, those communities and individual neighbours affected by the operation and rapid expansion of such accommodation.

“We acknowledge that a number of those sharing platforms are taking steps to try and address some of those unintended consequences, particularly in relation to some of the growing concerns about the adequacy of fire and utilities, by engaging more actively with their hosts and the use of so called ‘Trust seal’ self-regulation and the use of de facto kitemarks. But none of that should override the basic principle of a level playing field for all accommodation in terms of responsibilities and requirements for visitor safety, whether that comes via sharing economy platforms or traditional booking agencies.

“This is of particular concern given what we know increasingly from the evidence received about sharing economy platforms being used increasingly by professional operators to set up fully fledged tourism accommodation, often in clumps across multi-storied tower blocks in towns and cities. This is a world away from the original concept of individual householders offering spare rooms on an ad-hoc basis over a limited period of time. We need to distinguish between the two, and particularly given the concerns, not just in terms of potential safety, but of examples of anti-social behaviour that cannot easily be mitigated for neighbours affected either by local councils or other regulatory authorities.”

The full report can be viewed at the link below. 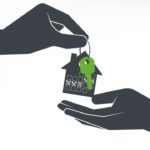